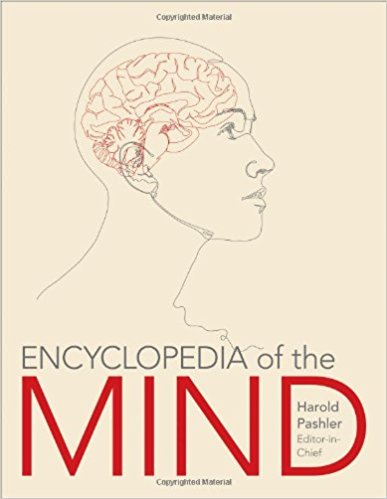 The choice between realism and instrumentalism is at the core of concerns about how our scientific models relate to reality: Do our models aim to be literally true descriptions of reality, or is their role only to be useful instruments for generating predictions? Realism about \(X\), roughly speaking, is the claim that \(X\) exists and has its nature independent of our interests, attitudes, and beliefs. An instrumentalist about \(X\) denies this. She claims that talk of \(X\) should be understood as no more than a locution for generating predictions; such talk should not be understood as taking on a commitment to the existence of \(X\). According to an instrumentalist, we should either flatly not believe that \(X\) is out there, or else suspend judgement about the existence of \(X\). The most we need acknowledge is that talk of \(X\) is useful in making predictions.

The question of realism vs. instrumentalism can be asked about almost any theoretical entity in science. It is likely, and seems reasonable, that different answers will be given in different cases. Someone may wish to be a realist about certain theoretical entities (e.g. electrons), but an instrumentalist about others (e.g. centres of gravity). Not every noun-phrase in a scientific theory should be taken as expressing an ontological commitment. Psychological theories are no exception. Almost every theoretical entity posited by psychology has been questioned as to whether it is really out there or just a useful theoretical fiction. In this entry, I will focus on two major theoretical entities posits: (a) propositional attitudes (e.g. beliefs, desires) and (b) conscious states (qualia).

Psychological theories, both in science and our folk conceptions, often use propositional attitudes (beliefs, desires, hopes, assumptions, fears, etc.) to explain and predict how people think. These mental representations seem to figure as causal agents in our best explanations of how agents behave and reason (e.g. ‘If one believes \(x\) and desires \(y\), that causes one to \(z\)…’). Should psychological theories using propositional attitude terms be taken at face value: as referring to concrete entities that have an objective existence, that cause action, combine with one another, are caused by sensation, and so on? Or should talk of propositional attitudes be understood as no more than a theoretical fiction that allows our psychological theories to achieve their predictive success, but does not correspond to entities that are really out there?

If propositional attitudes are real, what sort of entities are they? According to Fodor, in order adequately to account for the explanatory success of psychology, one has to understand propositional attitudes as having a sentence-like structure. Fodor consequently posits a language of thought in which beliefs, desires, etc. appear as sentences. Just as expressions in a computer’s machine code control a machine’s behaviour, and cause the occurrence of further expressions of machine code inside the machine, so sentences in our language of thought enter into causal relations, control our behaviour, and cause the occurrence of new sentences in our language of thought (new beliefs, desires, etc.). Like a computer’s machine code, sentences in our language of thought exist as a pattern of physical activity inside our heads. Hence, propositional attitudes such as beliefs and desires are discrete, reoccurring, entities with causal powers. They are the causal agents behind our behaviour, just as patterns of electrical activity instantiating a computer’s machine code instructions are the causal agents behind a computer’s behaviour.

There are many ways of developing the instrumentalist thought. Daniel Dennett offers a milder form of instrumentalism about propositional attitudes than Churchland. On Dennett’s view (unlike Churchland’s), talk of beliefs and desires is true, but (unlike Fodor’s) such talk does not succeed in referring to entities that have an objective existence or representational content independent of our interests. According to Dennett, what is involved in an agent having a belief or desire is not that there is a discrete entity inside the agent—the belief that p—with causal powers pulling the strings behind the agent’s behaviour, but merely that there is a predictive pay-off in describing the agent as if it were controlled by such an entity. To describe an agent in terms of propositional attitudes is to adopt what Dennett calls the ‘intentional stance’: a mode of explanation that attributes to the agent the beliefs and desires that a rational being placed in its shoes ought to have. According to Dennett, if the intentional stance is reliable as a method of predicting the behaviour of a system \(S\), then ipso facto system \(S\) has those beliefs and desires. All that is required for a system to have a belief is for it to be useful in predicting the behaviour of that system to assume that it has that belief. A consequence of Dennett’s instrumentalism is that beliefs are easy to achieve. It is often helpful to predict the behaviour of cats, robots, washing machines, computers, plants, bacteria, cars, and thermostats by treating them as if they have beliefs and desires. According to Dennett, there is no difference between this as if and genuine possession of beliefs. It also becomes harder for some systems to achieve beliefs on Dennett’s view. Patients suffering from mental illness often cannot be profitably viewed as rational agents when it comes to predicting their behaviour. Therefore, on Dennett’s view those patients lack beliefs and desires. Their behaviour would have to be explained in some other way than intentional psychology: for example, by dropping down to the level of their neurophysiology.

An immediate problem that realism and instrumentalism about qualia face is that it is hard even to describe what qualia are, and hence hard to say what one is or is not being a realist about. Often the best one can do is point to examples of qualia, such as those above. Daniel Dennett develops a strong instrumentalist line against qualia. His target is the widespread assumption that qualia have certain special properties: they are ineffable, intrinsic properties of experience, private and directly accessible to the experiencer. Dennett argues that nothing satisfies this specification, and hence there are no such things as qualia. Dennett’s position is similar to Churchland’s strong line against propositional attitudes: just as the falsity of Ptolemaic astronomy justifies the inference that there are no celestial spheres, so the falsity of philosophical claims about qualia justifies the inference that there are no qualia. Talk of qualia still serves a purpose according to Dennett in that it provides a shorthand summarising our ability to detect certain properties in the world, such as colour properties, that lack a compact description in any other terms.

Dennett’s instrumentalism has drawn heavy criticism, not least because it runs up against the robust impression that there are real qualitative properties of our mental states that have at least some of the properties mentioned above. However, realism comes at a price. If one grants realism about qualia, then the question arises of what kinds of entities qualia are. Are qualia represented features of the world encoded by our nervous system, similar to our unconscious encoding of features of the world like position, size, and shape information? If so, what makes conscious ‘felt’ representations different from unconscious representations? Or are qualia intrinsic physical properties of our nervous system, independent of our ability to represent? Or are qualia something different entirely, requiring properties that float free from the physical world and any representations it encodes? No consensus currently exists to answer this question of the nature of qualia under a realist understanding—the ‘hard question’ of consciousness.