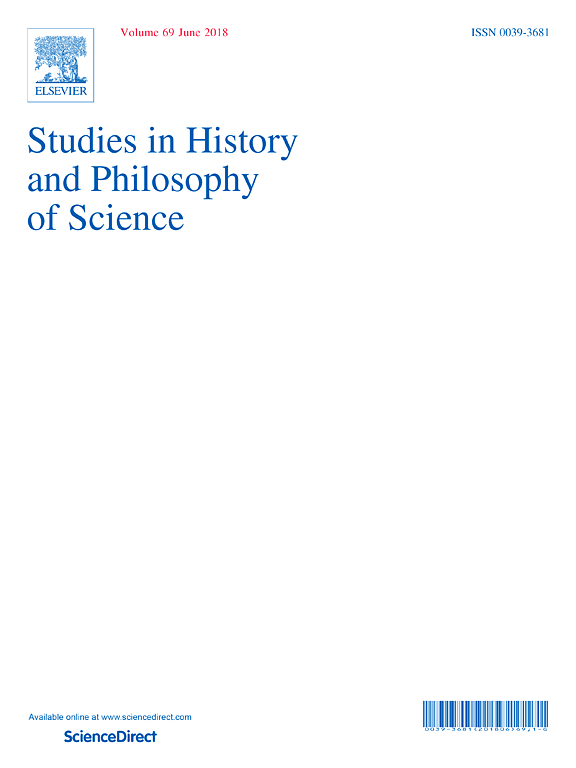 In contrast to many areas of contemporary philosophy, something like a carnival atmosphere surrounds Searle’s Chinese room argument. Not many recent philosophical arguments have exerted such a pull on the popular imagination, or have produced such strong reactions. People from a wide range of fields have expressed their views on the argument. The argument has appeared in Scientific American, television shows, newspapers, and popular science books. Preston and Bishop’s recent volume of essays reflects this interdisciplinary atmosphere. The volume includes essays from computer science, neuroscience, artificial intelligence, cognitive science, sociology, science studies, physics, mathematics, and philosophy. There are two sides to this interdisciplinary mix. On the one hand, it makes for interesting and fun reading for anyone interested in the Chinese room argument, but on the other, it raises the threat that the Chinese room argument might be left in some kind of interdisciplinary no man’s land.

Searle’s argument against Strong AI is as follows. Imagine a monolingual English speaker inside a room with a rule-book and sheets of paper. The rule-book contains instructions in English on what to do if presented with Chinese symbols. The instructions are of the form: ‘If you see Chinese symbol \(X\) on one sheet of paper and Chinese symbol \(Y\) on another, then write down Chinese symbol \(Z\) on a third sheet of paper’. Pieces of paper with Chinese writing are passed into the room and the person inside follows the rules and passes pieces of paper out. Chinese speakers outside the room label the sheets that are passed in ‘story’ and ‘questions’, and the sheet that comes out ‘answers to questions’. Imagine that the rule-book is as sophisticated as you like, and certainly sophisticated enough that the responses that the person inside the room gives are indistinguishable from those of a native Chinese speaker. Does the person inside the room thereby understand Chinese? Searle claims they do not. No matter how sophisticated the rule-book, or how good the responses, person inside the room will still just be mindlessly shuffling symbols, and failing to understand Chinese.

Searle’s argument is clarified on several points that emerge from this anthology. First, Searle’s primary target is functionalism not behaviourism: the primary issue is whether the program that a system runs is sufficient for mentality, not whether intelligent-seeming behaviour alone is sufficient. Second, the subject matter of the argument is metaphysical rather than epistemological: the question is what is constitutive of understanding, not, at least in the first instance, how to test for understanding. Third, Searle uses the term ‘understanding’ in a way that lends itself to the generation of multiple versions of the Chinese room argument. ‘Understanding’ could be interpreted as: intentionality, consciousness, a particular mental process, a feeling or quale of understanding, or even mentality in general. Finally, Searle’s argument can be thought of as coming in three parts. The first part – the CRA proper – claims that running a program cannot be sufficient for mentality. This claim is compatible with the views of computationalists who claim that an extra ingredient needs to be added to computation in order to produce mentality, e.g. appropriate causal connections to the outside world. The second part of Searle’s argument – his response to the Robot reply – denies that adding these extra causal connections would help. The third part of Searle’s argument claims that computation, as well as not being a sufficient condition for understanding, is not a necessary condition either.

There are twenty essays in Preston and Bishop’s collection. I will focus on just a few of the highlights.

Along with a number of contributors, Ned Block advocates the Systems reply to the CRA. The Systems reply claims that although the man inside the room does not understand Chinese, the system as a whole – the man, plus rule-book, plus pens, plus scraps of paper – does understand Chinese. Searle’s response is that the man could in principle memorise the rule-book, perform all the calculations in his head, and be allowed to move around outside the room. The man would then constitute the entire system, but in all other respects the situation would be the same: he would still just be mindlessly shuffling Chinese symbols, and not understanding Chinese. The Systems theorist might respond by saying that although the man may think he does not understand Chinese, in fact there is a sub-system inside him that does understand Chinese; the man only thinks he cannot understand Chinese because his Chinese sub-system is not hooked up to his English sub-system in the right way. Searle’s reply to this is to ask why we should posit such a sub-system. What independent reason do we have for positing a Chinese-understanding sub-personal system? What reason is there apart from the Systems theorist’s predisposition to the thesis that the symbol shuffling that the man performs must somehow be sufficient for understanding? Unless the Systems can provide an independent reason, she begs the question against Searle.

Jack Copeland gives a different treatment of the Systems reply. Copeland contrasts the Systems reply with what he calls the ‘logical reply’. The logical reply claims that there is a logical inconsistency in Searle’s argument. Searle’s argument starts from the premise that the man inside the room (Copeland calls him ‘Clerk’) does not, in virtue of his symbol shuffling, understand Chinese. Searle concludes from this that the symbol shuffling carried out by Clerk does not enable the room to understand Chinese. Copeland correctly points out that, as this stands, it is a non sequitur. It would be like saying that ‘Clerk has no taxable assets in Japan’ entails ‘The organisation of which Clerk is a part has no taxable assets in Japan’. The logical reply differs from the Systems reply in that the logical reply does not have a positive component: it consists only in pointing out an error in Searle’s argument. The logical reply is neutral on the issue of whether the room as a whole understands Chinese.

Georges Rey considers a different strategy for criticising Searle. Rey asks us to imagine a robot that can move about the world and that is functionally as well as behaviourally identical to a human. Rey notes that if we were to encounter such a robot then, from an explanatory point of view, we would subsume it under the same laws and counterfactuals as we do for a normal Chinese speaker. Such a robot would appear to add by carrying just as a Chinese speaker does, it would appear to maximise its expected utilities just as a Chinese speaker does, and so on. So just as we infer from the fact that a Chinese speaker fits these regularities and counterfactuals that she genuinely understands, so too we should infer that the robot genuinely understands. It seems little more than biological chauvinism to grant mentality to the human while denying it to the robot.

Larry Hauser works hard to find such third person common ground in his essay. Hauser’s conclusion is that the sincere report of the man inside the Chinese room that he does not understand Chinese should be overruled by third person evidence to the contrary. The first step in Hauser’s argument is to deny Searle’s distinction between as-if Chinese intentionality (which can be attributed to the room) and intrinsic Chinese intentionality (which only real Chinese people have). Hauser claims that standard linguistic tests for ambiguity yield no evidence of ambiguity between our concept of as-if intentionality and our concept of intrinsic intentionality, and therefore we should not assume that there is a difference. If this is the case, then there is only one type of intentionality at issue in the CRA. This means that one can overrule the claims of the man inside the room that he does not have Chinese intentionality with the overwhelming third person evidence that he has. Hauser’s roundabout approach goes some way towards addressing third person worries mentioned above, but it does not go far enough. Searle is likely to protest at the weight Hauser gives to particular linguistic tests for ambiguity. Intuitions about ambiguity are controversial and Searle is unlikely to allow the results of such tests to counterbalance what is in his view overwhelming first person evidence to the contrary.

Instead of assuming the priority of the third person point of view, a critic of Searle might try to go on the offensive and undermine the priority of Searle’s first person point of view. In her essay, Diane Proudfoot attempts to do just this. Proudfoot begins by describing similarities between the CRA and Wittgenstein’s remarks on machines and understanding. She then goes on to claim that although Wittgenstein would agree with Searle’s anti-AI conclusion he would not accept Searle’s argument for that conclusion. In Proudfoot’s opinion, Wittgenstein would agree with the anti-AI conclusion because, for him, understanding cannot be a process, and so a fortiori it cannot be a process of symbol manipulation. According to Proudfoot, Wittgenstein would reject Searle’s argument because he would object to the CRA’s reliance on the first person perspective. Wittgenstein held that the criteria on whether a given individual understands are often external to that individual, and according to Proudfoot, this means Searle’s first person point of view cannot be assumed to have priority.

This is a small sample of the issues that appear in the collection. Other highlights include discussions by Proudfoot and Wheeler on how embedded cognition and dynamical systems approaches relate to the CRA; Bringsjord and Noel’s attempt to provide a thought experiment to defend Searle against the combination of the Systems and Robot replies; Harnad’s clear discussion of the strengths and weaknesses of the CRA; Preston’s historical overview of AI and the CRA; Haugeland’s discussion of program syntax and semantics; and Searle’s own contribution. There are many other issues worth discussing, but I wish to return to the worry mentioned in the introductory paragraph: that an interdisciplinary approach might leave the Chinese room argument in a no man’s land.

In preparing this volume, the editors became more aware than ever of a sort of consensus among cognitive scientists to the effect that the CRA is, and has been shown to be, bankrupt … Some prominent philosophers of mind declined to contribute on the grounds that the project would give further exposure to a woefully flawed piece of philosophizing. Even some of those who have contributed to the volume think of the CRA not just as flawed, but as pernicious and wholly undeserving of its fame.

Preston’s remarks are accurate, but depressing. They reflect a widespread, and I think erroneous, estimate of the power and adaptability of Searle’s argument. Sadly, one of the major challenges that the Chinese room argument faces today is to continue to justify its own existence. My main concern with Preston and Bishop’s anthology is that it does not answer this worry. It is hard to know exactly how to deal with this problem. My personal view is that the answer is unlikely to be an interdisciplinary study. The CRA needs to survive by consolidating, not expanding. I think that what is needed is for a case to be made for the CRA’s importance to current philosophical issues. Once this rationale in place, then an interdisciplinary study can follow. The first step is currently what is lacking.

I would not hesitate to recommend Preston and Bishop’s collection: it has a number of very good essays, its mix of styles makes for interesting reading, and it has an excellent bibliography. My only worry is that its interdisciplinary nature, while immediately stimulating, risks reinforcing the CRA’s homelessness over the longer term. The CRA is fun, but we should take care that after the whirl of the carnival has passed, people still care about the CRA, and can justify why they do so.

I would like to thank Peter Lipton and an anonymous referee for comments on a previous draft of this review.