Review of The Evolved Apprentice by Kim Sterelny 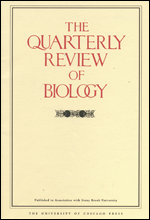 What makes humans unique? There are many ways in which humans differ from other primates: being bipedal, dependence on technology, social organisation, geographical range, lifespan. In The Evolved Apprentice, Sterelny takes one human novelty as central to explaining why humans are different: our power to transmit vast amounts of information across generations. Chimps and gorillas resemble their parents largely as a result of genetic inheritance. Social learning gives humans a powerful alternative for high-bandwidth, high-fidelity information transmission.

There are at least two puzzles concerning the evolution of social learning. First, how did we acquire it in such a short evolutionary time (around 3 million years)? Second, how did social learning even get started? Social learning is a non-trivial accomplishment; it requires sophisticated epistemic assessment on the part of the transmitter and receiver. How could our ancestors do this without already having the kinds of cognitive skills that social learning affords?

The author places several desiderata on a good answer to these questions. First, it should be multi-factorial: social learning should not be explained by a single key event in evolutionary history. Second, it should be gradualist: no sudden change should herald onset of social leaning. Finally, it should span brain and environment: social learning should not to be explained by, for instance, the emergence of a prewired cognitive module.

Sterelny’s emphasis on multi-factorial explanation means that his explanation of social learning is complex and hard to summarise. In broad-brush terms however, his account centres on positive feedback loops. A positive feedback loop is a situation in which a group’s initial success makes genetic and environmental change that enhance the group’s ability to produce further success more likely; this, in turn, increases the chance of further changes that promote further success, and so on. The author argues that the evolution of social learning is a case of evolution via positive feedback loops. Social learning not only transmits information, it also makes more likely that we structure our physical and social environment to learn better.

According to Sterelny, the origin of social learning, on which this positive feedback loop operates, is apprentice learning. Consider a juvenile who spends time conducting trial-and-error learning near an accomplished master. The juvenile can experiment with discarded raw materials and prototypes: the materials are stepping stones on the way to the finished artefact, the prototypes are in various stages of completion, and the place in which they are found is likely to be a safe one in which the experiment and observe the master. Apprentice learning allows one generation to seed the social and material environment of another to make acquisition of the required information by trial-and-error learning more likely. Sophisticated social learning can bootstrap on this mechanism.

Once his model is in place, the author argues that social learning is in positive feedback relations with other distinctively human traits including our technology, cooperation and foraging strategies, and social organisation. Sterelny makes an excellent case that social learning provides a perspicuous way into the tangled causal web that drove rapid divergence between ancestral humans and their relatives.