New Waves in Philosophy of Mind 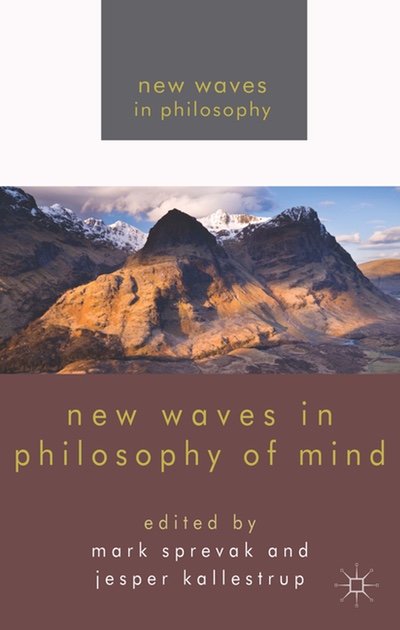 This volume gives promising younger researchers in the philosophy of mind a chance to stir up new ideas. They have been asked to think afresh, to consider what the new waves might look like. The contributors offer what they take to be the right philosophical account of the topic in question, examining along the way where they think the philosophy of mind and cognition is and ought to be going. A recurrent feature is the way insights and results in neuroscience, artificial intelligence, cognitive psychology and cognate areas influence philosophical theorizing about cognition and the mind.

The volume is divided into two parts. Part 1 is devoted to topics in the metaphysics of mind. Common to most of the contributions is the question of what bearing armchair methods such as thought experiments or a priori conceptual analysis can have on the nature of meaning, mental content, phenomenal character or the physical realizability of the mental. Part 2 is more directly concerned with topics and problems at the intersection of philosophy of mind and cognitive science. A shared interest among the contributions is the question of what light empirical findings and methodologies in cognitive science can shed on explanatory practices and ontological commitments in more traditional parts of philosophy of mind. As emerges from the chapters, the division between the two parts of this volume is not intended to be a sharp one: an important recent trend blurs traditional metaphysical concerns with empirical work.

Prior to the publication of this volume we organized an online conference under the auspice of Eidyn: The Edinburgh Centre for Epistemology, Mind and Normativity. During the three weeks of The New Waves in Philosophy of Mind Online Conference, more than 500 participants registered, hundreds of posts were made in the online forums, and the conference papers were downloaded more than 3,000 times. The final volume reflects the input that authors received from this wide-ranging international scholarly community.